God is Spirit. He is eternal, infinite and unlimited. He is not bound within the confines of time and space like you and me.

The question is: Can such an omnipotent, omnipresent God, cause Himself, by His Word and His Spirit, to be incarnated as a limited HUMAN BEING to walk and talk among humans on earth?

Nothing is impossible for God. If anyone says God cannot do this, then you are limiting the Creator’s ability.

Christians believe He can and He HAS! Through Jesus Christ.

Remember that while He incarnated on earth, coming from outside time and space into human time and space in the form of finite human being in , the infinite God, who is eternal Spirit still exists, as He always has, outside of time and space! The eternal and infinite Father depositing His own essence as a finite Son in a human body on earth. He didn’t transform into a human being.

How this can happen is, essentially, the eternal God, added HUMANITY to His DIVINITY. In this way, He is limiting the very essence of who He is within a human body and within the confines of time and space and become and do all that a human being can do, EXCEPT sin, since He is perfectly holy and sinless.

A God who can do this is more awesome and superior and powerful compared to a god who cannot or will not step into his own creation in this manner.

Only a God of absolute love would go to such an extent to reveal Himself in such a way to His own creation so they would know Him in a way that is impossible in any other way.

Yes, any “god” can send prophets and holy men to teach his words to man, but which deity would come personally Himself for you and me? Not one who is too lofty or proud but only One who loves unconditionally. 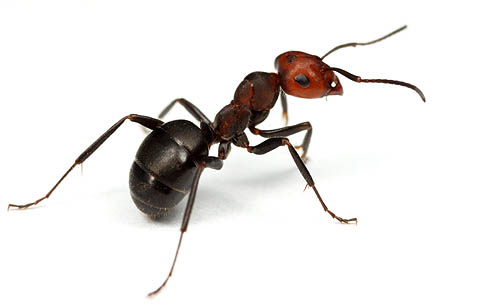 Let me give you an illustration. Any of you watched the movie, Ant-Man? In it, a man is shrunk to the size of an ant and able to interact with ants, to walk with them and communicate with them.

Interesting story but it’s only fiction. Man does not have the ability to do this.

But please imagine with me for a moment though. What if I did have the POWER to do this? To take the essence of my being, and add the DNA of an ant to it? I could incarnate as an ant and be planted into an ant colony and be part of their community!

Although, I exist as a human being, my tiny incarnation is right in the midst of the ants and communicating with them, as one of them!

Is there two of me? Not really. I am still me. Still one. Taking on the form of an ant is an extension of who I AM but existing in the very limited world of the ants.

My presence and existence, as an ant, in the colony is limited to what my ant body can do physically. I eat like them. I walk like them. I look like them. I function as an ant, although in essence I know who I AM really and where I came from.  The world outside!

Who is in control while I’m in the ant colony? I AM. I didn’t completely transform into an ant. I am still me!

And the Word became flesh and dwelt among us, and we have seen his glory, glory as of the only Son from the Father, full of grace and truth. John 1:14

No one has ascended into heaven except he who descended from heaven, the Son of Man. John 3:13

We cannot know God. We are too small, too insignificant, too finite to know the eternal, infinite, omnipotent Creator. The only way is for Him to make Himself known to us.

Long ago, at many times and in many ways, God spoke to our fathers by the prophets, but in these last days he has spoken to us by his Son…