In many debates between Christians and Muslims, I have heard Muslims tell us that it was Paul who founded Christianity. This means they credit Paul for single-handedly creating the world’s largest religion for the last 2000 years!

On the other hand, Allah’s religion supposedly starting from the time of Adam, still has not been able to catch up with Paul’s religion even after Allah claimed he sent his 25 prophets and 124,000 messengers all over the world!

No wonder Muslims hate Paul so much! One man vs thousands of Allah’s messengers. For 2000 years Christianity has been and still is the largest religion in the world even though Paul died almost 500 years before Muhammad the prophet of Islam was even born! But to this date, the religion of Allah and Muhammad still lags behind. No wonder Muslims are obsessed with Paul, desperate for Islam to catch up with Paul’s religion.

Muslims protest that the “race” is not over yet. For the last 30 years, Muslims have started breeding rapidly to help Allah’s religion, proudly dubbing Islam as fastest growing religion. While the average Christian family has 2 children, a Muslim man marries 4 wives and each wife bears 4 or 5 kids.

Now we can understand the intense Muslim hatred and obsession with Paul. He has single-handedly shamed Allah and his religion and the failed 124,000 messengers of Allah, even though he has been dead for 2000 years!

Muslims believe Allah gave Isa a book. Although no one can change the words of Allah, Muslims today claim Paul did it. He singlehandedly managed to corrupt, destroy, change Allah’s words. The book Allah revealed to Isa did not even survive 30 years. But the “corrupted” book Paul wrote has survived and preserved for 2000 years to this day! No wonder Muslims despise Paul.

Somehow this mortal by the name of Paul managed to corrupt the entirety of revelations of the infinite creator of the universe. This is exactly what many Muslims believe. Not only was Allah stumped but millions of Muslims were helpless against Paul’s diabolical agenda to destroy the precious books of their Allah.

How dare Paul single-handedly usurp and overthrow the words of their Allah!

To Christians, Paul was just a servant of Christ who preached the message of the gospel until the day he was martyred.
To Muslims, Paul is deified as a Supernatural, Super-Human being that rivals Allah.

History records that Paul died in Rome in 65AD. But Muslims show us that Paul still lives today in the heads of every Muslim. 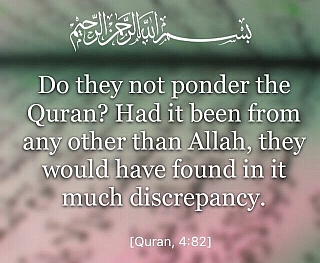