Why were these two miracles recorded? Sure, they were awesome displays of God’s power. But was there something more to these events?
Jesus once challenged His disciples:

“Having eyes do you not see, and having ears do you not hear? And do you not remember?
When I broke the five loaves for the five thousand, how many baskets full of broken pieces did you take up?”
They said to him, “Twelve.”

“And the seven for the four thousand, how many baskets full of broken pieces did you take up?”
And they said to him, “Seven.”

And he said to them, “Do you not yet understand?”

Why was Jesus giving them such a hard time with regard to these two events? Everyone knew they were undeniable and remarkable miracles. So what else was there for them to understand?

In this article, we will take a closer look at these two miracles and their significance so we can understand them better.

The first thing we need to understand is that Jesus performed the two miracles in two different locations.

The first miracle was for the 5000. This took place in JEWISH region.
The second miracle for the 4000 and it was in GENTILE territory.

And Jesus said to her, “Let the children be fed first…”

Let’s look closely at each in turn.

The 5 loaves is reminiscent of the Torah for the Jews. The Pentateuch consists of the 5 books of Moses, namely Genesis, Exodus, Leviticus, Numbers and Deuteronomy, given to the Jewish people.
When they had eaten their fill, there were 12 baskets of food collected. Once again, we see a parallel to the 12 tribes of Israel.

Everything has significance. Nothing is there by chance.

It is also interesting to note that Mark records something that seems trivial to us at first.
“Then Jesus commanded them all to sit down….on the green grass.” (Mark 6:39)
So what? Green grass? Why is this detail significant to be included?

Just a few verses earlier, Mark records that “Jesus had compassion on them, because they were like sheep without a SHEPHERD.” (Mark 6:34)

“And I have OTHER sheep that are not of this fold. I must bring them ALSO, and they will listen to my voice. So there will be ONE flock, one shepherd.”

How do we know this miracle of feeding the 4000 was in Gentile territory? The text tells us.
“Then he returned from the region of Tyre and went through Sidon to the Sea of Galilee, in the region of the Decapolis.” (Mark 7:31)

Decapolis was Gentile, so was Tyre and Sidon.
In the region of Tyre and Sidon, Jesus healed the daughter of a Syro-Phoenician, Gentile woman. (Mark 7:24-30).
And then, He travels to Decapolis where He heals a Gentile deaf man with a speech impediment. (Mark 7:31-37).

The healing of a Gentile woman and a Gentile man is followed by the feeding of the crowd of 4000. Since Jews do not eat with Gentiles, it is likely that the 4000 people were made up of entirely Gentiles! Mark records this event for us in Mark 8:1-9.

We learn that Jesus used 7 loaves to feed the crowd. When they had eaten their fill, 7 baskets of food were collected. Why 7? Does the 7 signify anything of interest, just like the 12 baskets in the feeding of the 5000 representing the 12 tribes of Israel?

Now listen to this. Before Israel occupied the land, this very location was the home of seven Gentile tribes!

“When the LORD your God brings you into the land that you are entering to take possession of it, and clears away many nations before you, the Hittites, the Girgashites, the Amorites, the Canaanites, the Perizzites, the Hivites, and the Jebusites, SEVEN nations more numerous and mightier than you…”

Jesus had declared: “I AM the Bread of Life. WHOEVER comes to me shall not hunger, and WHOEVER believes in me shall never thirst.” (John 6:35).

For the bread of God is He who comes down from heaven and gives life to the world.”

“By equating Himself with bread, Jesus is saying he is essential for life. …the life Jesus is referring to is not physical life, but eternal life.
Jesus is trying to get the Jews’ thinking off of the physical realm and into the spiritual realm. He is contrasting what He brings as their Messiah with the bread He miraculously created the day before. That was physical bread that perishes. He is spiritual bread that brings eternal life.”

He is the Bread of Life, not just for the Jews, but also for the Gentiles.

…the power of God that brings salvation to EVERYONE who believes: FIRST to the Jew, then to the Gentile. (Romans 1:16)

The Jews have priority as the chosen people of God and as the guardians of the revelation of the Old Testament scripture. This is why the Messiah Himself came as a Jew to the Jews in keeping with the covenant and to fulfill prophecy. (He did not come as a Chinese to the Chinese, or as an Indian to the Indians or as an Arab to the Arabians.) But this does not mean he did not come for the Gentiles too.…
Read more: To The Jew First and also to the Greek 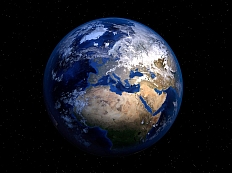 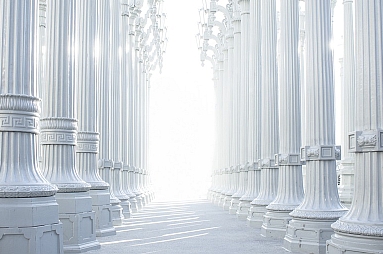 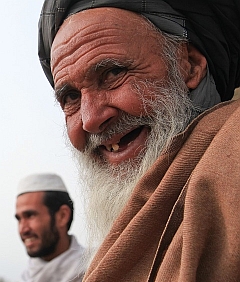 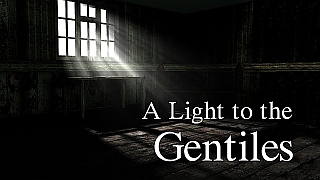