“They have certainly disbelieved who say, “Allah is the third of three.” And there is no god except one God…”

Question 1
Who are these disbelievers who say that Allah is the third of three?

Question 2
Allah is the third of three … what?

Question 3
Who are the other two in addition to Allah, that make up the three?

To answer these questions, Muslims point to the Christians as the disbelievers who supposedly say that Allah is the third of three gods. The Quran further claims that the other two deities are Isa and Mariam, his mother.

This is confirmed in the commentaries such as Ibn Kathir and Al-Jalalayn.

They are indeed disbelievers those who say, ‘God is the third of three’, gods, that is, He is one of them, the other two being Jesus and his mother, and they [who claim this] are a Christian sect; when there is no god but the One God.
Tafsir Al-Jalalyn for 5:73

Unfortunately, this is not what Christians believe!

WHO is Allah refuting or attacking or denying in this verse? It certainly isn’t Christians. Allah is guilty of either ignorance or proffering a cheap strawman fallacy in his book.

In 5:75, Allah goes on to insist that, “The Messiah, son of Mary, was not but a messenger; [other] messengers have passed on before him. And his mother was a supporter of truth. They both used to eat food….”

Here, Allah seemingly strengthens his case refuting the deity of Jesus and his mother, by pointing out that they were mere humans because they ate food.

Tafsir Al-Jalalayn for 5:75 has this;
The Messiah, son of Mary, was only a messenger; messengers passed away before him, and so he passed away like them, for he is not a god as they claim, otherwise he would not have passed away; his mother was a truthful woman, [siddīqa means] extremely truthful; they both used to eat food, like all other human beings, and one who is such cannot be a god…

In 5:116, Allah alleges that he will ask Isa on the Day of Resurrection, “And when said Allah, “O Isa, son (of) Maryam! Did you say to the people, “Take me and my mother (as) two gods from besides Allah?”

According to Tafsir Ibn Kathir for 5:116 :
(O `Isa, son of Maryam! Did you say unto men: `Worship me and my mother as two gods besides Allah’) This is a threat and a warning to Christians, chastising them in public, as Qatadah and others said, and Qatadah mentioned this Ayah as evidence…This Ayah also shows the crime of the Christians who invented a lie against Allah and His Messenger, thus making a rival, wife and son for Allah…

Again, this isn’t what Christians believe! This is a poor strawman fallacy of Allah.

Why would Allah ask Jesus something he should already know that Jesus did not do?

Muslims apologists who recognize this blunder in the Quran quickly swoop to Allah’s defense by proposing that Allah was actually referring to the beliefs of a “particular sect” in history. No one knows much about the beliefs and rituals of this obscure cult because nothing of it exists anymore. No one even knows when they went extinct. Scholars have suggested an ancient heretical sect known as Collyridians that may have existed in Arabia during the time of Muhammad.

Even if Allah was addressing the Collyridians in 5:73, 5:75 and 5:116, why would Allah ask Jesus if He had taught the beliefs of the Collyridians (as per 5:116)? Did Allah think Jesus was a Collyridian? Epiphanius of Salamis (d. 320 AD) recorded that this cult originated in the 4th century AD, hundreds of years after Jesus! (source). As such it is unlikely that these verses were about the Collyridians.

And why would Collyridianism still be a question on Allah’s lips on the Day of Resurrection, when this heretical cult apparently disappeared without any trace in history? Why did Allah address the beliefs of some obscure non-Christian non-Biblical cult instead of addressing orthodox Christian beliefs?

Some Muslims have claimed that Allah was actually refuting Catholic beliefs. While Catholics do venerate Mary (the same way Muslims venerate the black stone of the Kaabah), Catholics are very clear in not ascribing divinity to her. Praying to various saints is a Catholic practice. It does not mean that the object of prayer is divine. Catholics do not solely pray to Mary for intercession, but to all the saints without ascribing divine status on any of them. Thus, this does defense does not absolve the Quran from its error about Mary’s supposed divinity. No where in the Bible is Mary given divine status.

The most plausible explanation is Muhammad needed to explain to his followers the Christian concept of the Trinity. So in 5:116, the author of the Quran puts in Jesus’ mouth His denial of the “trinity” of Allah, Isa and Mariam – implying that Christians had corrupted Jesus’ teaching. In doing so, the author of the Quran had unwittingly exposed his lack of understanding of what the Trinity means. He thought that the Trinity comprised of God, Jesus and Mary and left this blunder in the Quran for all to see for all time!

Another verse in the Quran that repeats this error is 4:171 :
O People of the Scripture! Do not exaggerate in your religion nor utter aught concerning Allah save the truth. The Messiah, Jesus son of Mary, was only a messenger of Allah, and His word which He conveyed unto Mary, and a spirit from Him. So believe in Allah and His messengers, and say not “Three” – Cease! (it is) better for you! – Allah is only One Allah….

If Allah is all-knowing, why was he ignorant of the beliefs of Christians? Why did he misrepresent Christian teachings by attributing to them something that no Christian believes? Why did he misinterpret Christian doctrines by imputing a false notion of three gods?

The Bible is clear that there is only One God (Deuteronomy 6:4, Mark 12:29). No where does scripture state that there are three gods!
However this One God is NOT a unipersonal Being (e.g. Genesis 19:24, Psalm 110:1). Scripture presents one eternal God (one Being) revealed in three distinct persons, the Father and the Son, and the Holy Spirit. There are many passages in scripture that distinguish the persons in the Trinity from each other. This is evident in their grammatical construction—namely, the repetition of both the article (ho, “the”) and conjunction (kai, “and”).

Let’s look at a few examples:

Revelation 5:13:
“The [tō] One sitting upon the throne and [kai] to the [tō] Lamb, the blessing and the honor and the glory and the dominion into the ages of the ages.”

Lastly, note, we find at several places, New Testament authors citing Old Testament passages referring to YHWH and yet applies them to the Son.

In conclusion, Allah’s understanding of the “trinity” as three gods i.e. God, Jesus and Mary, is erroneous. The Muslim explanation that Sura 5:116 was alluding to the Collyridians is erroneous as Jesus was never a Collyridian. Besides, Jesus never claimed his mother to be a co-divinity with God, and one wonders why Allah should ask Jesus something he already knew Jesus did not do.

Scripture presents a tri-personal God. There is one God, and there are three distinct, coequal, coeternal, and coexistent, self-cognizant divine persons or Egos that share the nature of the one God—the Father, the Son, and the Holy Spirit. The Trinity is God’s highest revelation to mankind.

Shouldn’t Allah know the beliefs of Christians? Why was Allah ignorant? Why did he get it so wrong? 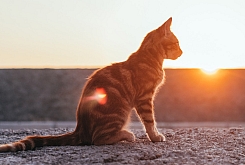 2 thoughts on “Why Did Allah Get It So Wrong?”