Muslims are disgusted at the thought of God having a Son.  Sadly, Muslims think this is what Christians believe ~ that Jesus was born because God was the Father and Mary was the mother. This is blasphemy, they cry.

Actually, it is we Christians who are disgusted that Muslims would even think or suggest this!

Muslims fail to understand that “Son of God” is a title, just like “Messiah” is a title.  Son-ship does not mean a biological relationship but a spiritual one. Son of God means ‘of the same essence’ or ‘of the same nature’ as God.

Why are Muslims confused with the understanding of the word “Son”? There are two words in Arabic for “son”. One is “Ibn” ﺍﺑﻦ and the other is Walad ﻮﻟﺪ

‘Walad’ means a ‘physical son’ in the literal sense of the word, as in the biological product of a sexual union between a man and a woman.
“Ibn” also means son, but it can also carry a more metaphorical meaning.

So I could say. I’m a son (walad) of my dad and I’m a son (ibn) of my country.  There would be no confusion about what I mean.  Unfortunately, in English, there is only one word for son, while there are two in Arabic. Yet, it is the Muslims who are confused when reading the Bible and Quran.

In Matthew 16:16, Peter says to Jesus: “You are the Messiah, the Son of the living God.” This same Bible verse in Arabic is: فَأجابَ سِمعانُ بُطرُسُ: «أنتَ هُوَ المَسِيحُ، ابْنُ اللهِ الحَيِّ.

What is the word used for Son here? it’s “Ibn” ﺍﺑﻦ . Not walad.
Let’s look at another one.

1 John 4:15: “If anyone acknowledges that Jesus is the Son of God, God lives in them and they in God.”

What is the word used for Son here again? “Ibn” ﺍﺑﻦ

Whenever a reference is made to Jesus as the Son of God, it is always in this sense. Nothing else.

Read your Bibles in Arabic, and I challenge you to show me any reference where Jesus is said to be “walad” (biological son) of God. It’s always “ibn”. In other words, Jesus is Ibnu’llah, not Walad’ullah.
This is what Christians have always believed. This is what the Bible teaches. No Christian has ever thought or imagined that Jesus was the biological son of God, the result of some divine-human sexual intercourse.

But this is exactly what Muslims have tried to force on Christians insisting that this is what we believe! No, we don’t! Muslims have created their own straw man and have been attacking it for ages! And they don’t even realize it! This is a logical fallacy.

God is Spirit. A human is a physical being. God does not relate to humans the way a man and a woman do with each other in a sexual union.

In fact, the Bible says in Isaiah, 700 years before Mary was even born: “A virgin shall conceive and bear a child”. It says VIRGIN. When Mary conceived, she was a virgin. When she bore the child, she was still a virgin.

Nothing happened. So, please get your minds out of the gutter!

So where does a Muslim get this idea from, that Jesus is the biological son of God, if it is not from Christians and not from the Bible?
Let’s take a look at the Quran and see if we can get some help.

Turn to Surah 6:101:
To Him is due the primal origin of the heavens and the earth: How can He have a son when He hath no consort? He created all things, and He hath full knowledge of all things.

Do you see what word is used for son? It’s WALAD!  In other words, this verse is talking about a physical biological “son”.
Another one: Surah 39:4
Had Allah wished to take to Himself a son, He could have chosen whom He pleased out of those whom He doth create: but Glory be to Him! (He is above such things.) He is Allah, the One, the Irresistible.

Again, did you notice which word is used for son? WALAD! Not IBN!

No wonder Muslims think that when we talk about God’s Son, it must means a biological son of God because that is the word that the Quran uses!  But that’s never in the Bible!

The Quran is basically saying that God does not have or take a son as a result of any sexual union. AND WE CHRISTIANS AGREE 100%.
Here are more Quranic verses that uses the word “walad” when speaking about son.

Surah 19:35
It is not befitting to (the majesty of) Allah that He should beget a son. Glory be to Him! when He determines a matter, He only says to it, “Be”, and it is.

Ma kana lillahi anyattakhitha min waladin subhanahu itha qadaamran fa-innama yaqoolu lahu kun fayakoon
Surah 43:81
Say: “If (Allah) Most Gracious had a son, I would be the first to worship.”

My question is: Who has ever attributed a ‘WALAD’ to God?  Not Christians. Whoever said or wrote this verse was unaware that Christianity does not say that God has a ‘WALAD’.  So why are there such verses in the Quran?

What does all this mean?

If we look at all these verses in the Quran, and based on these verses, we can come to a few simple conclusions:

1. Allah does not have a son (walad; a physical, biological son)

5. If Allah did have a wife or a consort, then allah would have sex with his wife/consort and produce a son (walad).

(Note: Am I being crude and vulgar? I don’t think so. We are talking about what Allah himself is saying when he refers to wife/consort & son (walad). How else is a son (walad) produced if it is not by sex? Is this the way an omnipotent creator thinks? The idea sound very man-made to me. It is obviously the thinking of a man’s mind that is spelled out in these verses.  A God who is real and all-powerful and all-knowing would not be discussing the need for a wife to produce a son.

This verse is significant because it is said to be related to the birth of Jesus. (see also Sura 19:21). Is it true that God just said “kun fayakun” and Jesus was conceived and born?

That’s not what the Quran reports. Here’s what really went down that night.

The angel Jibreel came to Mary in the form of a human male. Sura 19:17

(side note: An angel takes the form of man. Can Allah do what an gel has the capability of doing? )

Back to our story. So the angel, who has taken the form of a man, now blows into the vagina of Mary. Yes, I said vagina. The arabic word used is “farj”. But the Quran’s translators, have toned it down using the word ‘garment/sleeves’ to “cover up”. The same story is repeated in Sura 66:12 and unmistakably, the word used is “nafakhna feehy” which means very clearly that ‘we blew into her organ/private parts/genitals’.

So that is how Jesus was conceived according, to the Quran. It was more than just “kun fayakun” as claimed.  How shocking and embarrassing it must have been for poor Mary. This young virgin who had never been with a man before and suddenly she’s confronted by a strange man. (The quran describes him as ‘well proportioned.) and he’s in front of her blowing into her!
Now we know why Muslims get so confused when we say Son of God.

So what does it mean when the Bible says Jesus is the Son of God? Ask a Christian and listen to them.

Sura 10:94 So if you are in doubt, [O Muhammad], about that which We have revealed to you, then ask those who have been reading the Scripture before you. 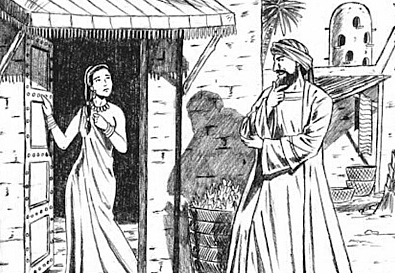 He Married The Ex-Wife Of His Adopted Son 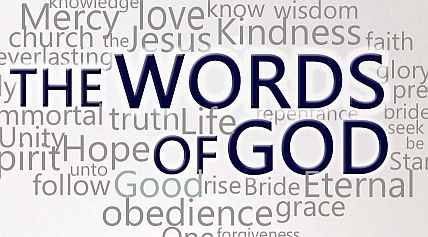 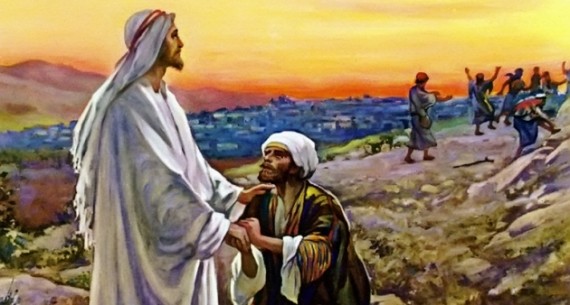 Who Is The God That Heals Lepers?